No more re-drawing or individual input of coordinates! From now on there is the possibility to import KML files. The new import function of waypoints and flight routes as KML files is now available to all users of the FlyNex Enterprise Suite and Map2Fly Pro. With this feature, coordinates can be transferred from Google Earth to Map2Fly.

How do I import KML files into Map2Fly?

To import KML files into Map2Fly, you need at least the Pro version of the application. Create a project and open the drawing tools in the right menu. There you will find the option “Import KML”. A window will open. Select the desired KML file and upload it. Now the coordinates of your KML file are on the Map2Fly map in your project. 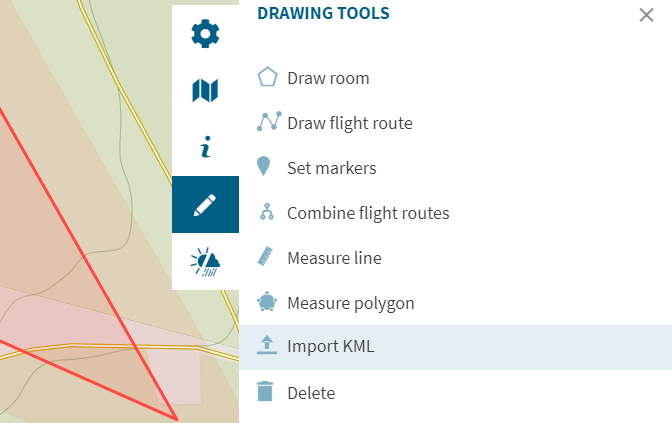 Keyhole Markup Language, abbreviated KML, is a markup language for geodata. Simplified explained, one or more coordinates are not displayed on a map but stored as text-based data. Due to its small size, this file format is easier to save and transfer and can contain geodata in vector as well as in raster form.

Other maps or navigation interfaces can then display information from the KML file on a map. It became known through Google Earth, where KML files were created.