The number of drones in Germany is currently around 430,000. The majority are in private use and are primarily used to take pictures with a small camera. According to a survey, commercial drones are mainly used for measurements and inspections. 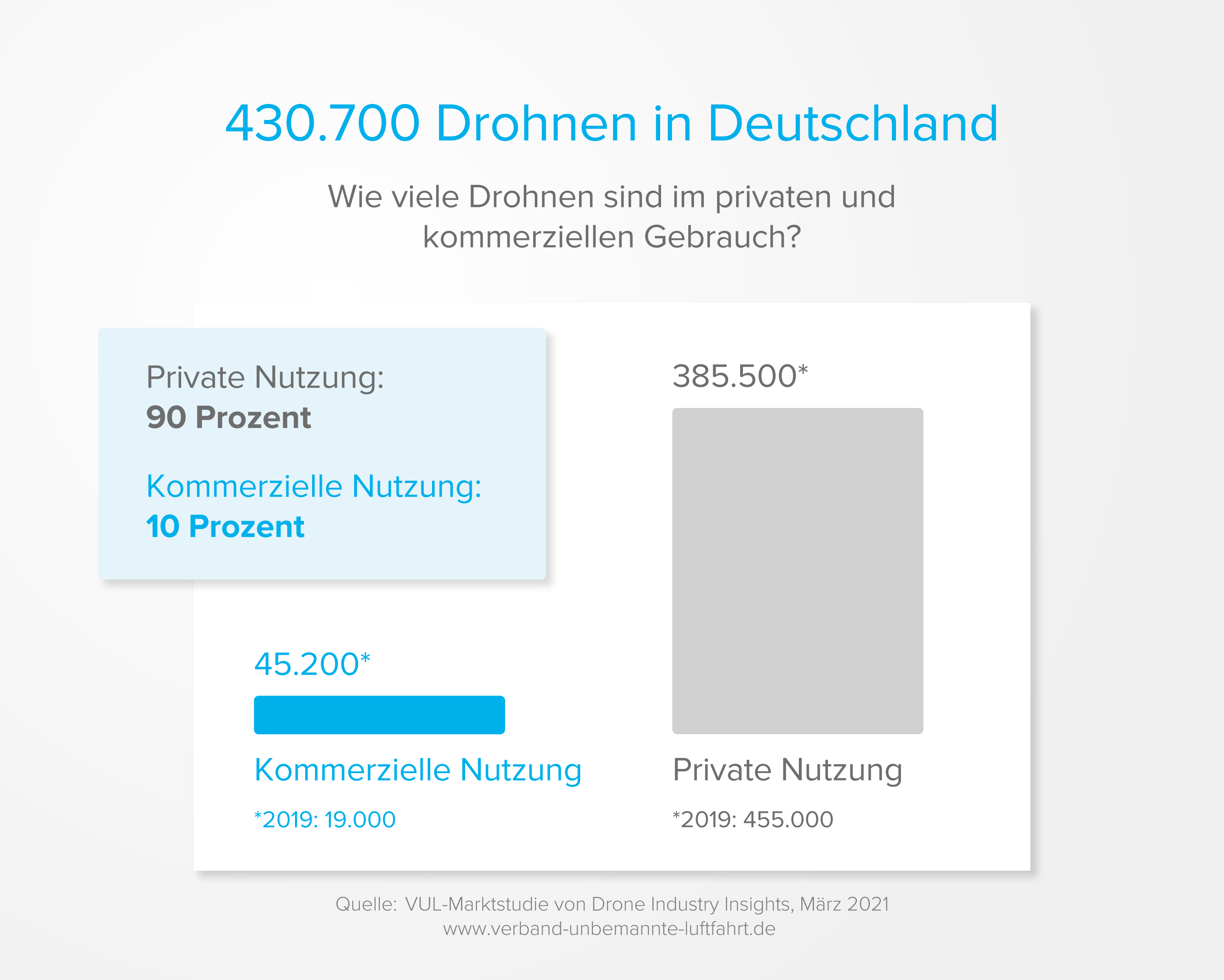 The German drone market is estimated at a total of 840 million euros. About 88 % of this accounted for by the commercial sector (738 million euros). In an international comparison of commercial drone markets, Germany takes 4th place,  after the USA, China, and Japan. 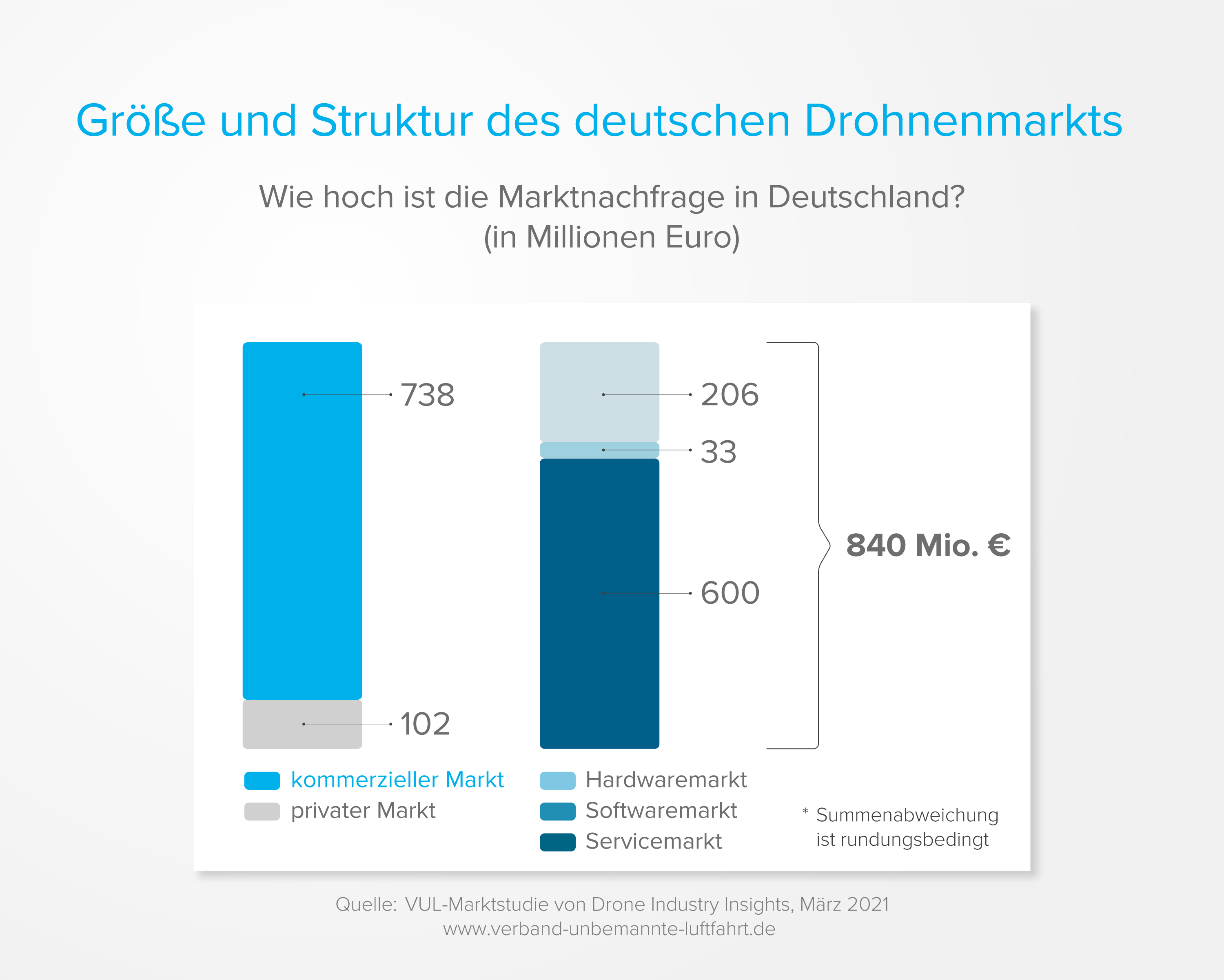 THE DEVELOPMENT OF THE DRONE MARKET IN GERMANY

The Urban & Regional Air Mobility sector is focused on by investors, putting Germany in second place internationally for investments in this area.

The German drone market will continue to grow and almost double to over 1.6 billion euros by 2025. The commercial market alone will account for 1.55 billion euros.

FROM TOY TO AIR TAXI

For us as a company in the drone market, this is a very interesting development. Even if so far only one in nine drones, and according to forecasts one in three drones in 2025, is in commercial use, there will be increasingly complex use cases.

Previously used only for taking pictures, drones can now be used to create entire 3D models or perform inspections via live streaming (learn more). Drones are being used for increasingly advanced activities, which can be seen, for example, by the significant development of the passenger drone market. In 2020, nearly 1 billion US dollars were invested in this market. Half of it in German companies.

When the first air cabs will be available, remains to be seen. According to the forecast, commercially profitable business models are not expected before 2030. Further results of the VUL market study can be found at https://www.bdl.aero/de/publikation/analyse-des-deutschen-drohnenmarktes/.

We wish you safe flights,