Everything under control with the right checklists

In aviation, checklists that are processed by pilots are known to everyone. Checklists are also indispensable for inspection activities and maintenance in order to check a large number of activities. It is also advisable to use and maintain checklists when operating unmanned aeronautical systems. In particular, they serve the purpose of transferring different phases of an ascent into standardized procedures.
These “SOP” (standard operating procedures) not only contribute to professionalization but also significantly to safety in operation.

Various checklists can be used for the operation of unmanned aerial vehicles. A large number of controllers will be aware of some checklists from the manufacturers that are used for flight preparation or post-processing. Heise also published an article on this subject some time ago, underlining the special importance of checklists. These pre-flight or post-flight checklists are not everything.

First, there are meta checklists. These can be understood as a table of content. They categorize different checklists or bundle a multitude of measures in one checkbox. For example, flight preparation can be used here, which is not further specified. Meta checklists can be divided into one or more checklists and therefore contain several activities. In particular, they serve to transfer individual phases to another in a controlled manner and to tick off superordinate measures. Individual checklists created by the operator or controller can also be easily assigned and categorized using the meta checklists so that a complete list of all available checklists can be created.

It is advisable to arrange checklists according to phases, as has already been suggested. You should have checklists ready for flight preparation, operation, and postprocessing. Checklists that are specifically designed for maintenance and compliance with service intervals have also proven their worth. Special checklists for special situations are also recommended. These can, for example, be emergency procedures or risk minimization measures. As part of the Operations Manual, operators should keep their checklists here as an appendix and check them on a quarterly basis and keep them up to date. The practical work with the checklists also leads to a further distinction in practice, which is explained again explicitly in the following section.

Checklists for the operation of drones

The activity checklists include actions and procedures that deal with the framework conditions for an ascent and have nothing directly to do with the operation of the aircraft. As an example, the ascent planning shall be used. In addition to the actual operation, further measures must be taken for the ascent planning, which in particular serve safety and contain legal requirements. 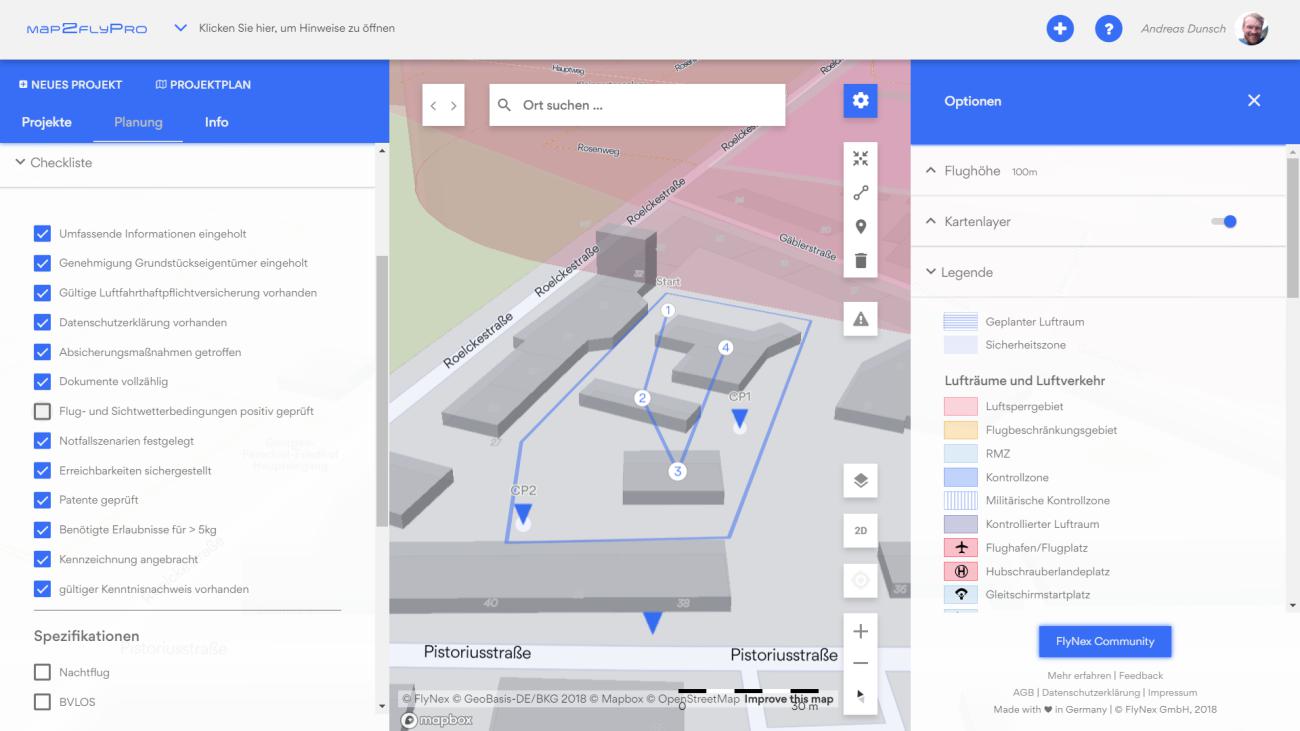 Due to the complexity, it is difficult for many controllers to keep these measures in mind without a detailed checklist. The checkbox “legal requirements checked” is often not sufficient, because many do not know which measures are to be considered in detail. In order to be able to work through this in detail, it is advisable to keep activity checklists that are not mixed up with the operation of the aircraft. For example, you can keep activity checklists for the weather check or visual flight conditions or for the ascent planning the necessary permits, such as property owners, general dispositions, accessibility, emergency scenarios, reporting obligations or air traffic control releases can be observed and documented. Even if many controllers already have checklists for operation, these activities are often neglected at present.

Checklists will become increasingly important, especially for professional applications and the use of unmanned aerial vehicles in various industries. More and more industry-specific requirements will be introduced into operations. For this reason, FlyNex already collects these checklists from different industries and will integrate them into the software applications, so that the work with checklists will be considerably simplified in the future.