The DaViLuS project was funded by the Federal Ministry of Transport and Digital Infrastructure (BMVI) and is part of the German “Action Plan for UAVs and Flight Taxis”.

FlyNex and the map specialist HERE Technologies, together with the Northern Business School, visualized Germany’s airspace for drones in 3D for DaViLuS. The result: a complete 3D map, including air areas, topography and important buildings, is now available to every user free of charge and in full.  The 3D map can be viewed at https://davilus.flynex.de/.

DaViLuS stands for data visualization of airspace structure and is a map that visualizes the lower airspace in 3D. This means that hills and mountains, as well as individual buildings, are represented in 3D. As in Map2Fly, the regulations and zones are drawn in, so that the requirements for unmanned flights can be viewed. In total, over 21 million objects have been classified and displayed.

What is the map for?

The visualization of the lower airspace structure allows autonomous movements. Due to current applications and legal requirements, drone flights are directly dependent on the earth’s surface conditions. To automate flights, not only hills, mountains, and heights but also buildings and risk areas have to be considered in the planning. This is because the surface conditions on the ground, in conjunction with legal requirements, create new airspaces, which are explicitly associated with requirements for the use of drones. In the future, the drone itself must be able to orient itself in space and recognize spaces, constraints, and obstacles. This can be done either actively or passively.

DaViLuS is a first step towards autonomous flying, in which the drone itself orients and navigates safely in the airspace. Based on the processed geoinformation and data, new services and applications can be developed in the future that does just that.

How was the map created?

The base map is based on a terrain model in 3D, i.e., the earth’s surface in real heights, which is processed in a rendering software specialized for this purpose. The map itself contains precise 3D data of objects from HERE Technologies. Monuments and various places of interest could be displayed on the map. 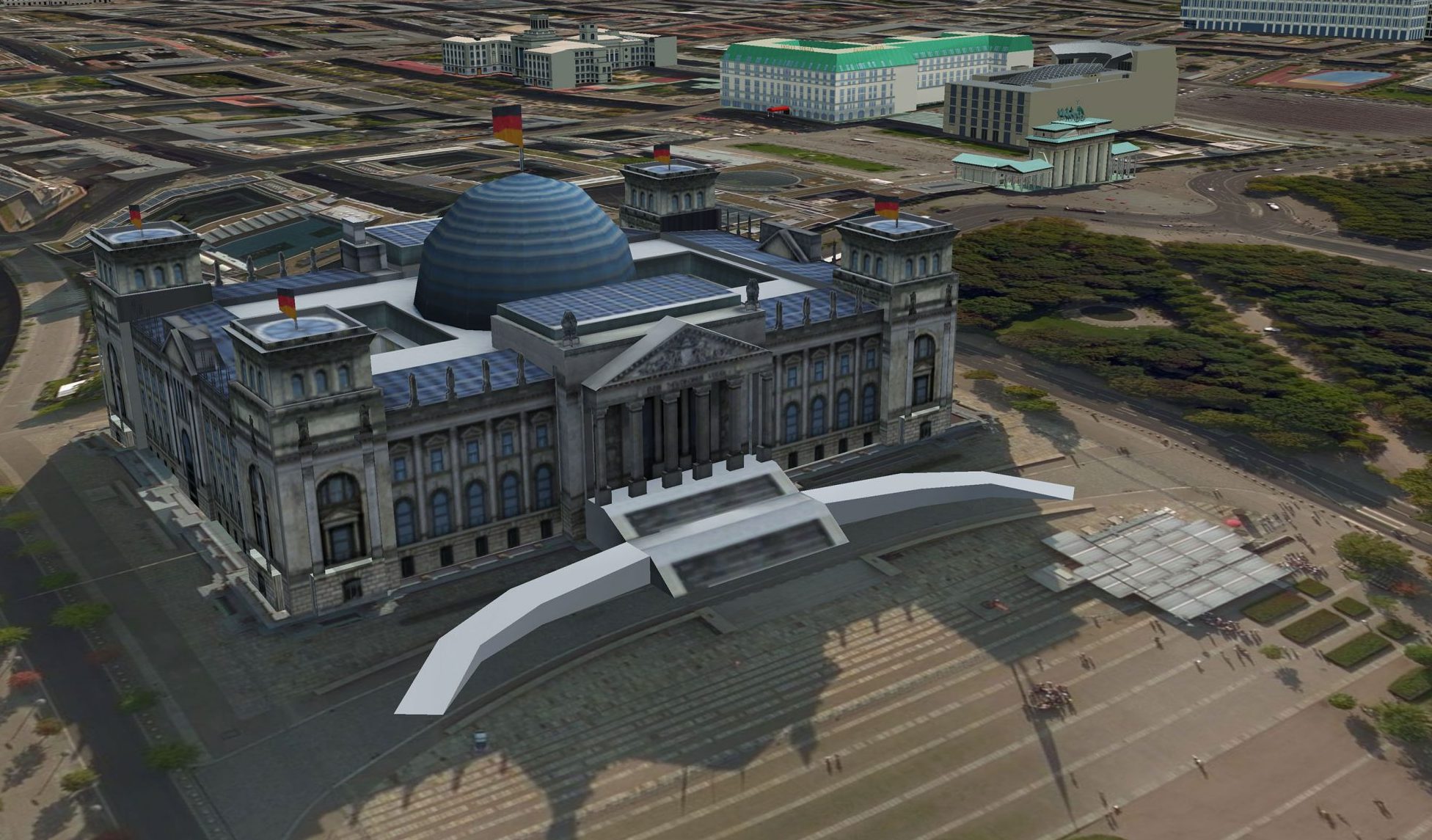 The airspaces were created from the 2D data sets of Map2Fly. For this purpose, the existing polygons mapped in Map2Fly were provided with elevation data (thereby raised) and placed on the grid of the surface. This way, the exact airspace heights are created, taking into account the earth’s surface structure.

The fact that the airspace representation adapts to the earth’s surface makes sense for several reasons. First of all, it is possible to see exactly how high you can actually fly. The visualization simplifies the understanding and planning of drone flights.

Furthermore, this method can also be applied to all 3D objects and other surface structures.

What follows? A perspective

In the project itself, over 21 million objects were processed for the whole of Germany. The level of detail and performance can also be further increased, and the map further refined and improved.

In the future, entire city models can be completely mapped in 3D with the correct airspace structures. This should also enable pilots and service providers to integrate three-dimensional drone images (photogrammetric models) into the map and improve the functionality for everyone. This will allow drone navigation to be further developed in 3D, depending on the airspace structure and autonomous flying to be expanded. Flight taxis and parcel drones thus know how and where they are allowed to fly.

Get an impression for yourself at https://davilus.flynex.de/.

We hope you enjoy exploring the DaViLuS map,
Your FlyNex Team