Netze BW supplies over two million households with electricity and is thus the largest distribution network operator in Baden-Württemberg. The power grid covers over 100,000 kilometers and must be regularly checked for possible defects. A few weeks ago, the network operator tested an innovative solution together with FlyNex: mast and line inspection by drone. A total of 40 kilometers were flown to take detailed pictures of the network.

What Are the Benefits of Using a Drone?

Important factors for the preparation of the drone inspection were different flight zones and the special network topology. The cameras attached to the octocopter captured 18 different power poles in one piece, from all sides, to enable a 360° inspection to be carried out digitally. This required exact positioning and precise flight movements of the drone. Such work was previously carried out by using a helicopter and inspection teams from the ground. 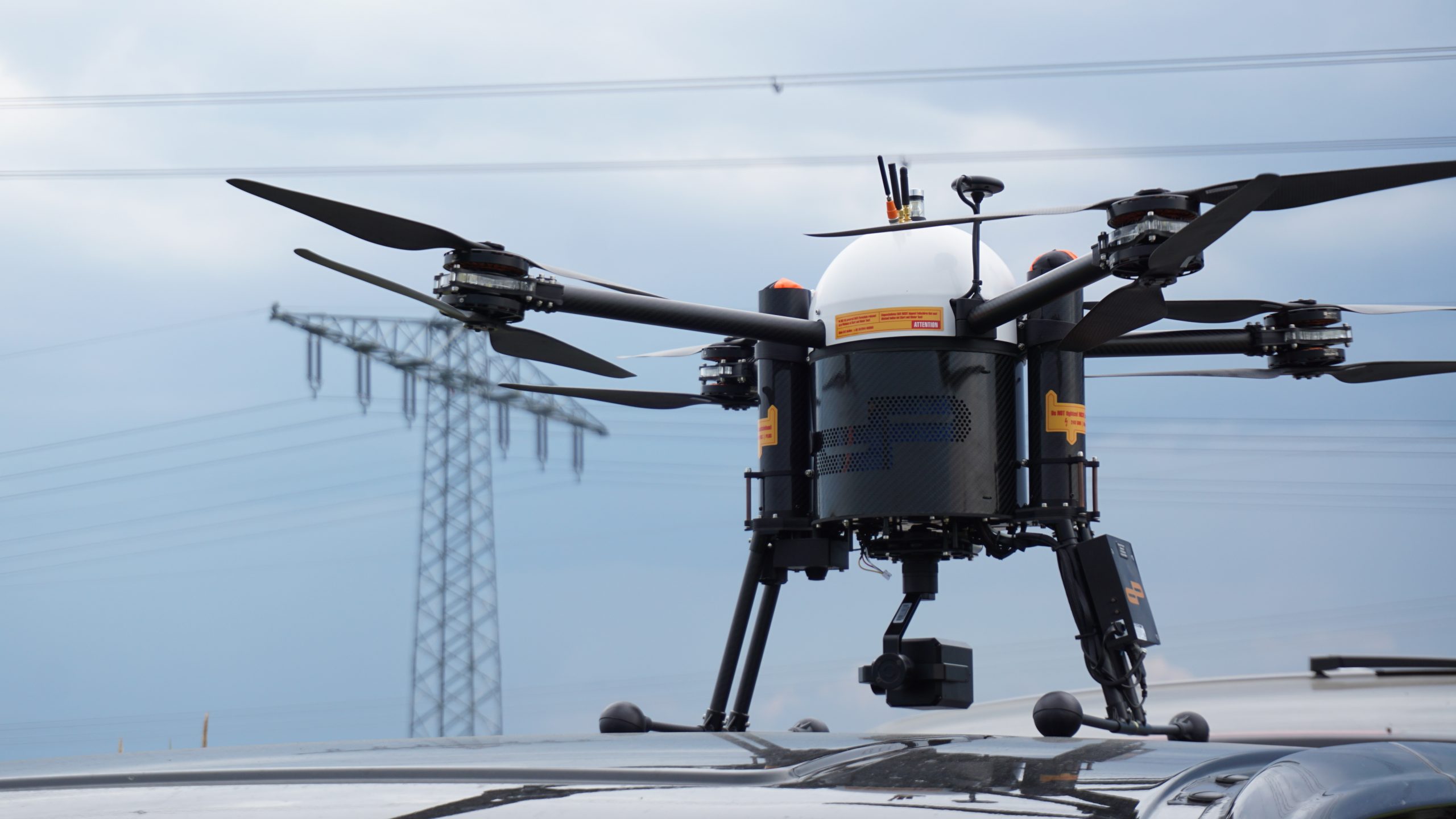 Twice a year, network operators inspect power lines and masts, as does Netze BW. This is currently still done by helicopters and climbers. In addition to saving time and money, using drones is also expected to reduce the environmental impact. The use of drones also brings safety benefits for maintenance staff. Even the customers benefit: The high-quality images and targeted repairs increase the reliability of the nets.

On flight day in August, several demonstration flights were carried out along the selected route.
The flight was a fully automated BVLOS flight, which means the drone flew outside the pilot’s visual range. The flight could be followed on a screen. However, the unmanned aircraft flew independently along the previously defined waypoints on the lines.
FlyNex CFO, Michael Petrosjan, was on site during the entire planning and flight:

“Automated flying with drones is a great relief when operating power grids. Long distances, many masts, miles of lines: this is where drones quickly turn to account!”

Netze BW is satisfied with the results and would like to focus more on unmanned aircraft for inspection in the future.

FlyNex already helped the power supplier MITNETZ STROM from East and Central Germany to fly over their power poles at the beginning of the year.
Here you can find the Case Study MITNETZ STROM.

We will continue to report on interesting projects from various application areas here on our blog in the future.

We wish you continued safe flights,
Your FlyNex Team