Since the beginning of the year, the EU-wide Implementing Regulation 2019/947 (EU Drone Regulation) has applied to all EU member states. It addresses new regulations and procedures of unmanned aerial vehicle operations. At the moment we are still in a transitional period in which there is a lot of ambiguity, especially for companies. The EU directives need to be transposed into national law to take legal effect and ensure applicability. Now an important step in the Bundestag took place.

Two weeks ago, the Bundestag finally passed a draft law in its 3rd reading, which translates the EU directives into German aviation law. With the votes of the CDU/CSU and the SPD, the draft was approved against the votes of AfD, FDP, Die Linke and Bündnis 90/Die Grünen.

The role of drones and the commercial market for unmanned aerial vehicles today is illustrated by Thomas Jarzombek (German Aerospace Coordinator, CDU) in his speech to the German government.

One of the most important changes in the draft is the reversal of prohibitions to permissions. For example, the word “exemption” has been deleted and replaced with “permits.” For practitioners, this could mean less bureaucracy and shorten the process from application to use.

The adopted law essentially follows the EU requirements and distance rules apply that we already communicated in connection with the EU Drone Regulation. You can read about the most important distance rules here.

Complementary to this, flight over private areas is facilitated for aircraft weighing up to 0.25 kilograms and without optical and acoustic recording or transmission capabilities. It is important that a flight altitude of at least 100 meters is maintained and that the flight may not take place in the evening after 10 p.m. and may not resume until 6 a.m. In addition, “all precautions must be taken to avoid encroaching on the protected private sphere and the right to informational self-determination of the citizens concerned; this includes, in particular, that those affected in their rights must be regularly informed in advance.” (see Gesetzesentwurf Drucksache 159/21, § 21h Regulations for the operation of unmanned aerial vehicles in geographical areas under Implementing Regulation (EU) 2019/947 Abs. 3 Nr. 7c,bb; translated by the author) 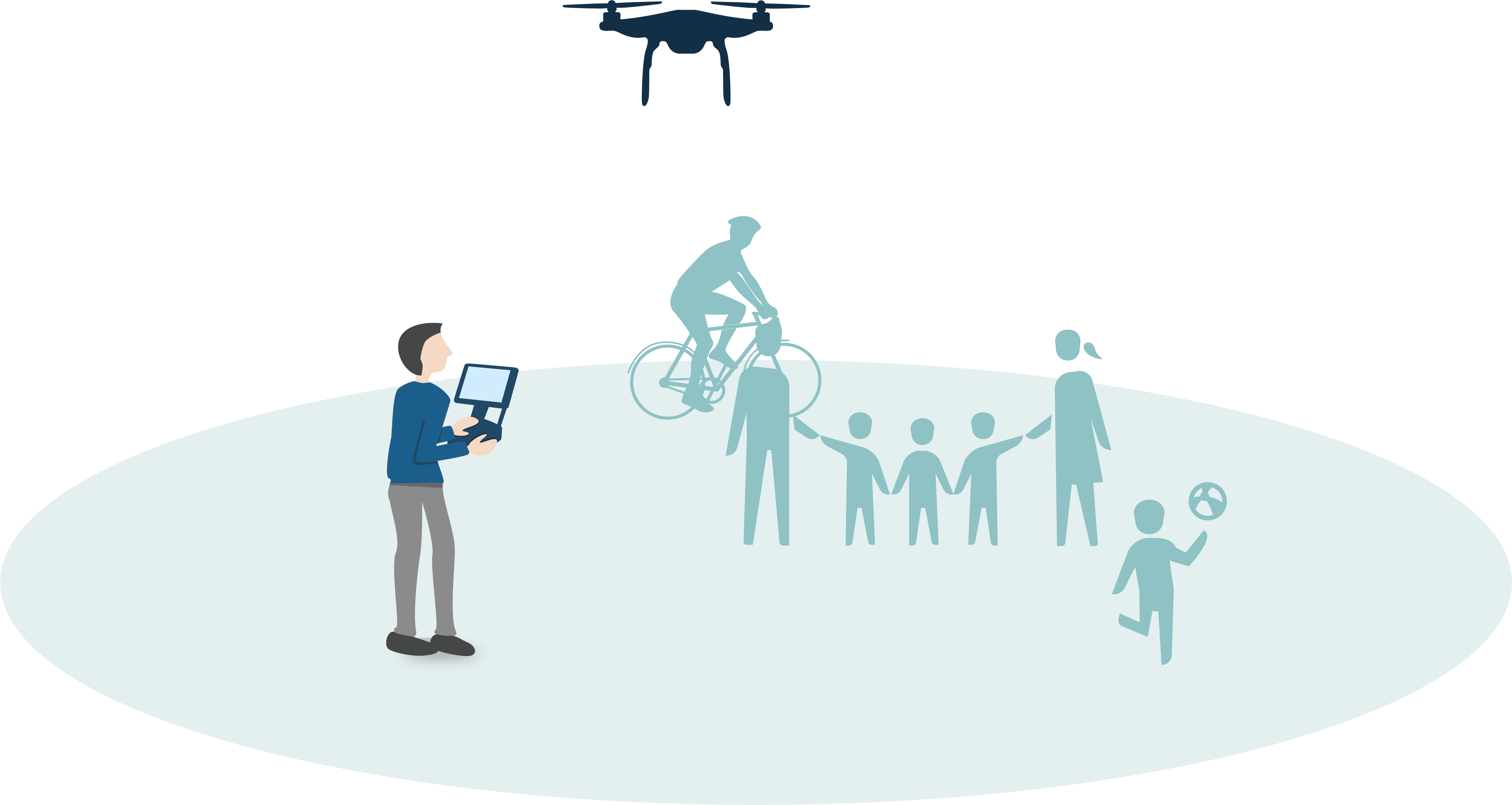 § 21h is also of interest for the commercial use of drones. It describes the conditions under which flight is possible in the various geographical areas. For example, a lateral distance of 100 meters applies to the aerial flight of central power generation and distribution facilities and is generally permitted with the explicit consent of the responsible body or the operator of the facility. In this way, the paragraph regulates flights around and over airports, industrial facilities, correctional facilities, military facilities and organizations, federal or state buildings or supreme and upper federal or state authorities, properties of the police and other security authorities, federal highways, federal waterways and railroad facilities, nature reserves, national parks, beaches, control zones and accident and operation sites.

In addition, the draft law finally defines the competent authorities and bodies in detail. For example, the Federal Aviation Authority is responsible for conducting inspections and issuing certificates and attestations in the “open” category of operation. However, the local aviation authority is responsible for the supervision of operations in this category. The federal states now handle the responsibility for assessing an operation in the category “specific.” Regardless of the weight (above or below 25 kg) of the aircraft.

Thanks to these regulations, the commercial drone market in Germany, in particular, will soon no longer be in a legal vacuum. This situation slowed down, especially the commercial use enormously in the last months.

“If this brake is released, the EU drone regulation can achieve what it was originally intended for: facilitate drone flights, clearly regulate aerial flights and in this way make conventional use cases safer, faster, more cost-effective and more sustainable.”
Andreas Dunsch, CEO & Co-Founder of the Drone Platform FlyNex

The draft law is an important step in the right direction. Next, the Bundesrat will vote on the law on May 28. We will inform you here about further changes and news on the topic or sign up for our newsletter to stay informed all time.