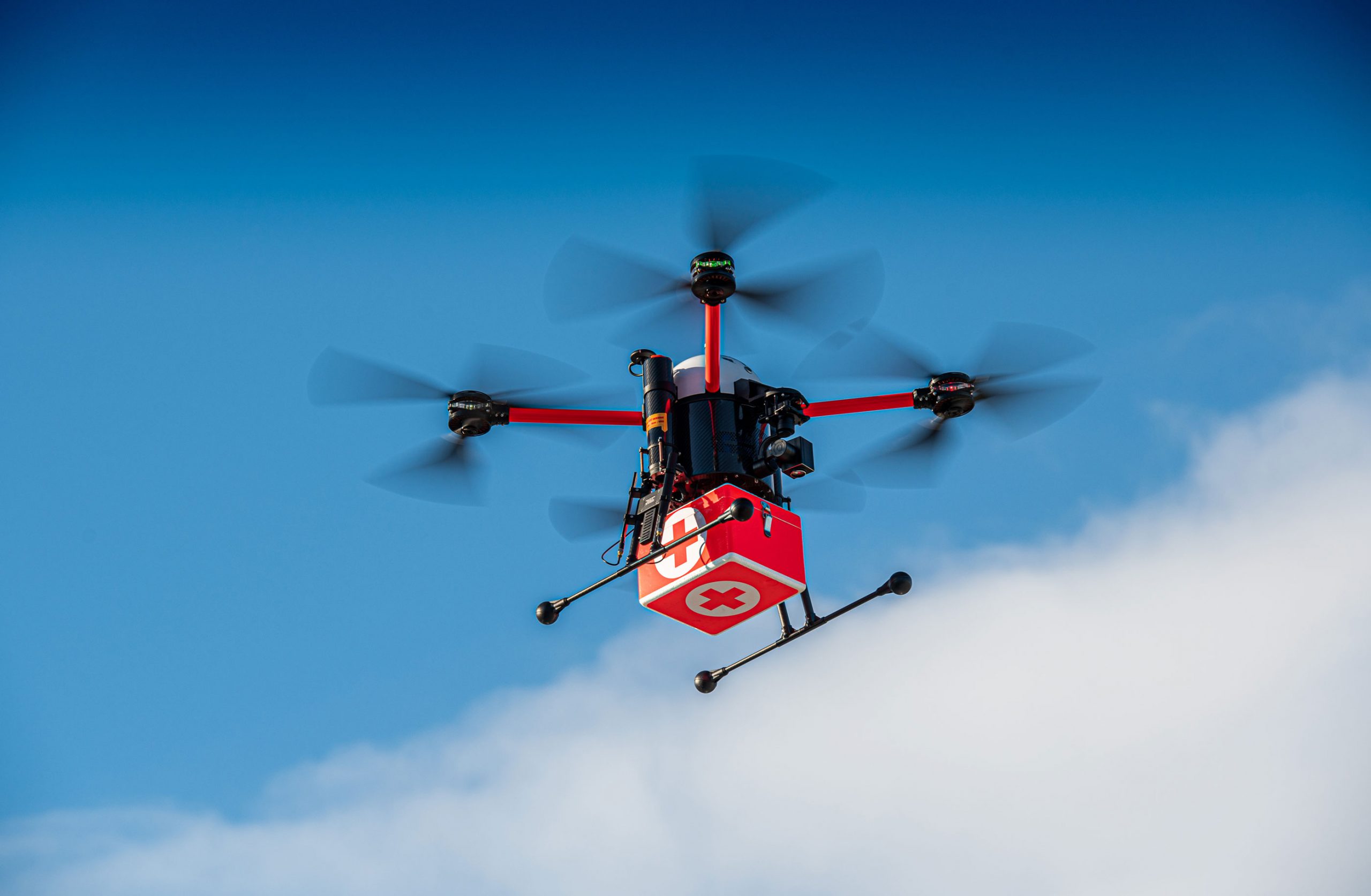 Medical Use of Drones in Urban Areas

As part of medical interventions, it may become necessary to take tissue samples from the patient – so-called frozen sections – which must be examined by a pathologist during the operation. The aim is to determine whether all diseased tissue was removed during the operation. For this purpose, several samples are usually taken at different areas, individually packed and taken to the pathologist for diagnosis.

In fact, most hospitals no longer have their own pathology, so the tissue samples have to be transported by ambulance to the pathology department of another hospital. The operation is interrupted for the duration of the transport and diagnosis and is not resumed until the results are available. In the given case, the distance between the two hospitals is about 5 km (beeline) and it involves an urban area within the control zone of Hamburg Airport.

FlyNex, as an expert in drone projects, was responsible for eliminating all risks and ensuring a safe flight. FlyNex provided its digital map material, took care of the flight planning, and coordinated the approvals with the aviation authorities.

In order to test the transport, the Medifly-Hamburg project used a Globe UAV drone and took off from the Bundeswehr hospital in Wandsbek. The 10 kg special drone flew with the artificial tissue at a height of 75 meters, a distance of five kilometers, and took ten minutes for it. A speed of 40 km/h was used for the test, whereby 80 km/h would not pose a problem in real operation. Nonetheless, the drone was significantly faster than an ambulance. The blue-light transport on the same route takes an average of 15 minutes.

Find more information and details about the FlyNex solution in our latest white paper “Geosphere” for Urban Air Mobility projects.